If I were asked to guess a country where AIDS is exploding, China wouldn’t come immediately to mind, but it should.  There was an 8.6% increase in the number of AIDS-related deaths in China last year; of those that were reported and/or acknowledged.  The percentage of cases might appear low in a country with an enormous population, but the number of affected people is high: over 68,000 new cases of HIV/AIDS reported in the past year. 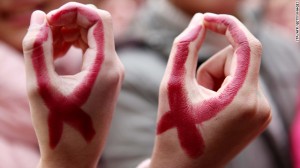 CNN: Chinese students show their hands painted to look like red ribbons during a World AIDS Day event on November 30.

CNN provides an overview of the current situation in China, touching on the years that the government denied there was a problem and their current policies, in the article The price of blood: China faces HIV/AIDS epidemic.

For more information on the current state of global HIV/AIDS, the 2012 report from UNAIDS is full of interesting data and impressive infographics.

This looks amazing.  From the facebook blurb, which claims this is the first film series on mental health and illness in the developing world:

“Afflictions: Culture and Mental Illness in Indonesia” is a 6-part series of ethnographic films on severe mental illness in Indonesia, based on material drawn from 12 years of person-centered research by writer/director Robert Lemelson. The trilogy, which follows 6 individuals of different ages and backgrounds, explores the relationship between culture, mental illness, and first-person experience. Purchase the DVDs at: www.afflictionsfilmseries.com

I will definitely be trying to acquire this one for classes.